Experience the fascination of Lamborghini at the ZeitHaus. On the first storey of our automobile museum, which features many brands, we have put three vehicles from the traditional sports car manufacturer on display. Two of the latest models plus a true classic from its own history will have Lamborghini fans’ hearts racing!

One particular highlight is the Lamborghini Urus (fuel consumption in l/100 km: 12.7 (combined); CO₂-emissions, g/km: 325 (combined)), in which the soul of a super sportscar meets the functionality of an SUV. The Urus is not just the latest model from Sant’Agata Bolognese; it is also the world's first super sports utility vehicle.

Known design elements of a milestone

The Lamborghini Huracán EVO (fuel consumption in l/100 km: 14.7 (combined); CO₂ emissions, g/km: 332 (combined)) will also be showcased as a recent model. This super sports car's striking lines already draws familiar design elements from previous models – the shape of the bonnet reminds die-hard fans of the legendary Countach, which rounds off the new exhibition area at ZeitHaus. It is considered a milestone, because as one of the influential vehicles of the mid-mounted engine era, the Countach was one of the fastest street-legal vehicles in the 1970s.

Note: You can explore the exhibited vehicles with a valid day or annual pass during opening hours. 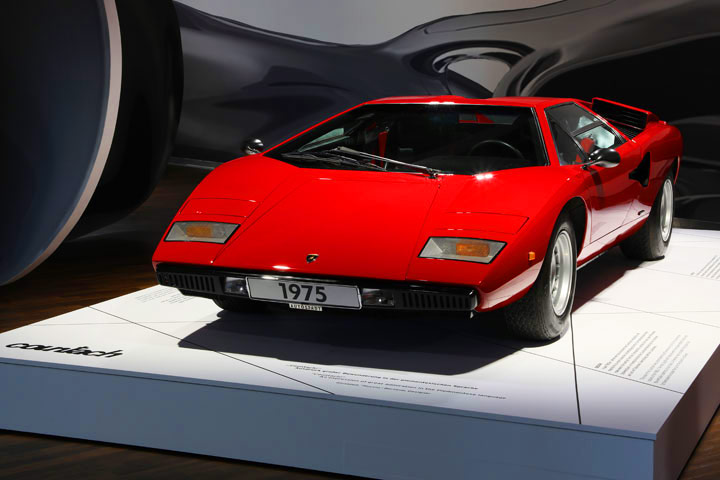 Lamborghini Huracán EVO (fuel consumption in l/100 km: 14.7 (combined); CO₂ emissions, g/km: 332 (combined)), Urus (fuel consumption in l/100 km: 12.7 (combined); CO₂-emissions, g/km: 325 (combined))
The vehicle only have consumption and emission values according to WLTP and not according to NEDC. Further information on official fuel consumption figures and the official specific CO2 emissions of new passenger cars can be found in the “Guide on the fuel economy, CO2 emissions and power consumption of new passenger car models”, which is available free of charge at all sales dealerships and from DAT Deutsche Automobil Treuhand GmbH, Hellmuth-Hirth-Str. 1, D-73760 Ostfildern, Germany and at www.dat.de.

We use cookies to enable you to make the best possible use of our website and to improve our communications with you. We take your preferences into regard and process data for analytics and personalization only if you give us your consent by clicking on "Agree and continue" or if you make a specific selection by clicking on "Set cookie preferences". You can revoke your consent at any time with effect for the future. Information on the individual cookies used and the possibility of revocation can be found in our privacy policy and in the cookie policy.

We use cookies in order to enable you to use our website in the best possible way and to improve our communications with you. Make your selection here:

These cookies are used to permit website functions that facilitate the most comfortable use that is tailored to your own interests. Analysis of user behaviour also enables us to continuously improve the quality of our website.

We use these cookies to display advertising tailored to your interests, both while you are visiting Autostadt’s websites and others.